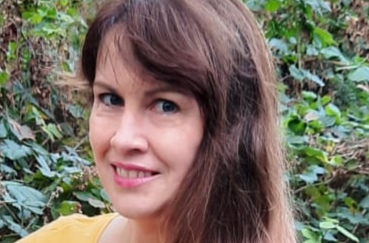 What is your career background?

After I left school I dabbled in a few different jobs, one of which was a stint as a library assistant. While I was working in a bank, I undertook a diploma in information studies and after that I joined Kildare County Council as a library assistant. After two years, I took a 4-year career break to pursue a degree in geography and anthropology, which Kildare County Council supported and after I graduated I did a postgraduate internship in the historical archives of the European Commission.

After that I returned to Kildare Libraries until an opportunity arose for a senior Library Assistant in Galway Public Libraries. I’m still in Galway now but I have moved around to different branches and in 2007, I was promoted to Library Staff Officer. Generally, you would be attached to a library branch for a period of time, that would vary county to county and depend on opportunities that arise.

What does your role involve?

The role is about managing and developing the library branch, which includes lots of things. I curate a programme of cultural and educational events, manage programmes that tie to national and local strategies like Creative Ireland, Healthy Ireland, Right to Read.

At all times you’re working to make the library a place at the heart of the community. We would have regular activities like book clubs, exhibitions, launches, computer classes, lots of outreach to community groups so my role is to proactively organise that and project the library into the community.

On a day-to-day basis, the role would involve staff training and team development, delegation of tasks, facilitating book clubs, speaking at events and launches and actively engaging in outreach.

There’s huge variety to what we do – it could be a literacy campaign one week or a creative campaign the next. We’re involved in so much and it’s all about empowering communities.

What are the most rewarding things about working for a local authority?

I’ve had the opportunity of watching a generation of young readers develop from toddler storytime to moving into their adolescence and teens, being influential in their development and one of the constants in their lives. That is quite special.

I like the community involvement and engagement and seeing the impact that libraries have, improving lives and building communities.

I absolutely love facilitating book clubs because I love literature. There is scope to develop your career according to your strengths and interests – an acquisitions librarian would have a different kind of role, as would someone working in local history or cataloguing. I personally really enjoy developing a branch and watching it become part of the community.

Why should someone consider a career with a local authority?

It’s a very social role with autonomy and scope for self-expression. It’s a far more social role than people might envisage – that’s something to bear in mind - if someone thinks they’re going to be in a quiet corner, they probably won’t be!

There is great support for study, training and gaining qualifications and great scope for developing one’s career.

There are great family friendly, equality and welfare policies and great awareness of things like social inclusion and dignity in the workplace, which is important.